The xCoAx Doctoral Symposium started in 2017 in Lisbon as an experiment and given its success it has become a staple of xCoAx. During the Doctoral Symposium, PhD candidates are invited to present their main research theme to two chairs who take the role of mock-supervisors and give the students feedback aimed at consolidating, steering, polishing their research ideas.

Previous xCoAx Doctoral Symposia were chaired by Frieder Nake, Mario Klingemann, Philip Galanter, and Simona Chiodo. This year’s Doctoral Symposium was supposed to take place in the Cube at the Institute of Electronic Music and Acoustic of the University of Music and Performing Arts Graz, but it has been moved online.

Significant developments in machine learning and artificial intelligence provide new means and media to be used in the arts. At the intersection of new intelligent systems and the performing arts, this project proposes an artist-centred and performance-based research, aiming to develop a theoretical framework that will enable the understanding of metacreative practices and allow the analysis of artworks made with and from such systems. In parallel it is proposed the development of a system capable of integrating the various practices raised as well as a series of performances as artistic exploration. Promoting a greater understanding about the performative event, this project addresses questions such as how are the artefacts generated, which new practices exist and how these systems transform contemporary performance in unprecedented ways.

The Aesthetic Values of Source Code

This paper presents the state of my doctoral research on the aesthetics of source code. The approach taken here is that of literary and linguistic analysis: by treating source code as text, it becomes possible to identify discourses about what values such as clarity, elegance, simplicity, efficiency are essential to formal disposition of source code. Due to the ambivalent position of source code as language that is understandable both by humans and machines, I aim at highlighting the multiple relationships between those aforementioned values. Through this process of identifying how aesthetics manifests formally in source code, the role and influence of programming languages will also be touched upon, insofar as they provide the linguistic structure within which those aesthetic manifestations take place.

“Some Things You Can Ask Me”: about gender and artificial intelligence

This study explores the relationship between gender and artificial intelligence, aiming to assess the reasons why digital assistants tend towards femininity and highlighting the social and cultural conventions that inform their development. It begins by confronting gender conceptions as defined by a binary framework with the evolution and integration of artificial intelligence in our daily life. Aiming to examine gender assumptions in current AIs, it draws on a previous analysis of four digital assistants regarding their anthropomorphization, tasks, and behaviours. It then complements this view with a survey of user preferences and gender perception regarding the interactions of these AIs. To this end, the project involves development of chatbots that gather information through dialogue and also raise awareness on how current digital assistants tend towards feminization. In this manner, this study seeks to discuss digital assistants’ stance towards gender and question the social and cultural views they reflect back to us.

This theoretical and practical research aims to analyse current aesthetic manifestations in contemporary audiovisual media art. The concept post-digital is used to describe the current condition characterized by the pervasiveness of digital media technologies in everyday life. Contemporary audiovisual media art practices that engage with the post-digital condition reflect a shift in modes of production from media specificity towards hybridization as a critique of the effects of digital media in society. This results in hybrid manifestations such as neo-analogue practices that blur analogue and digital media, and digital-physical combinations that merge physical materials and the digital domain.

Preemptive Futures: A Study of A Circular Information Economy of Architecture

Preemption is an action conditioned by speculations on proximate futures based on past data. Preemption has been widely studied in economics to deduce models of strategic interactions between actors, who make decisions based on the feedback of information, where information is value that is represented, quantifiable, and tradable within the economy. In today’s urbanism, the digitisation of data helps to accelerate the feedback process of preemption and individuates information. For instance, Sidewalk Lab uses hyper-personalisation to preempt the supply and demand of energy at the scale of individual citizens. Nonetheless, the flow of information in the field of architecture remains linear and impeded. This limits the re-distribution of resources within its economic structure, resulting in a small clique economy as opposed to a circular economy. In the face of climate change, this research that aims at defining an applicable framework of preemption for architecture and urban planning.

Using a series of experiments, analyses, and composition studies, this research investigates data compression artefacts in audio and their potential for musical application. Experiments have consisted of cascading colours of noise and transient signals through an MP3 encoder set to low bitrates and sample rates. By doing this, artefacts have been generated and then analysed using spectrograms and spectromorphological listening approaches, allowing for a greater understanding of their causes and characteristics. Understanding this allowed me to anticipate and generate particular types of artefacts, which were then used as the raw material for composing with. Conducting a series of composition studies allowed for an understanding of the creative possibilities of these sounds, their potential for processing, and arrangement.

The Self as Data: Visualizing Identity Through Data Portraits

This study focuses on the creative exploration of personal data as raw material for the creation of portraits, considering how our contemporary existence is constantly mediated by an expanding array of digital technologies, capable of recording various aspects of human life as digital data. It draws on a previous study on data portraits, following a theoretical, analytical and practice-based approach that seeks to create visual representations of identity that reflect choices, attitudes, tastes, or the behavioral profile of an individual, while exploring their digital footprint. This project seeks to frame these representations of identity as tools for self-expression and self-knowledge, while promoting discussion on our lack of control over the data we generate, aiming to foster our agency over our data. This approach also highlights how portraiture can be reconceptualized to become more attuned with our contemporary mode of living immersed in data. 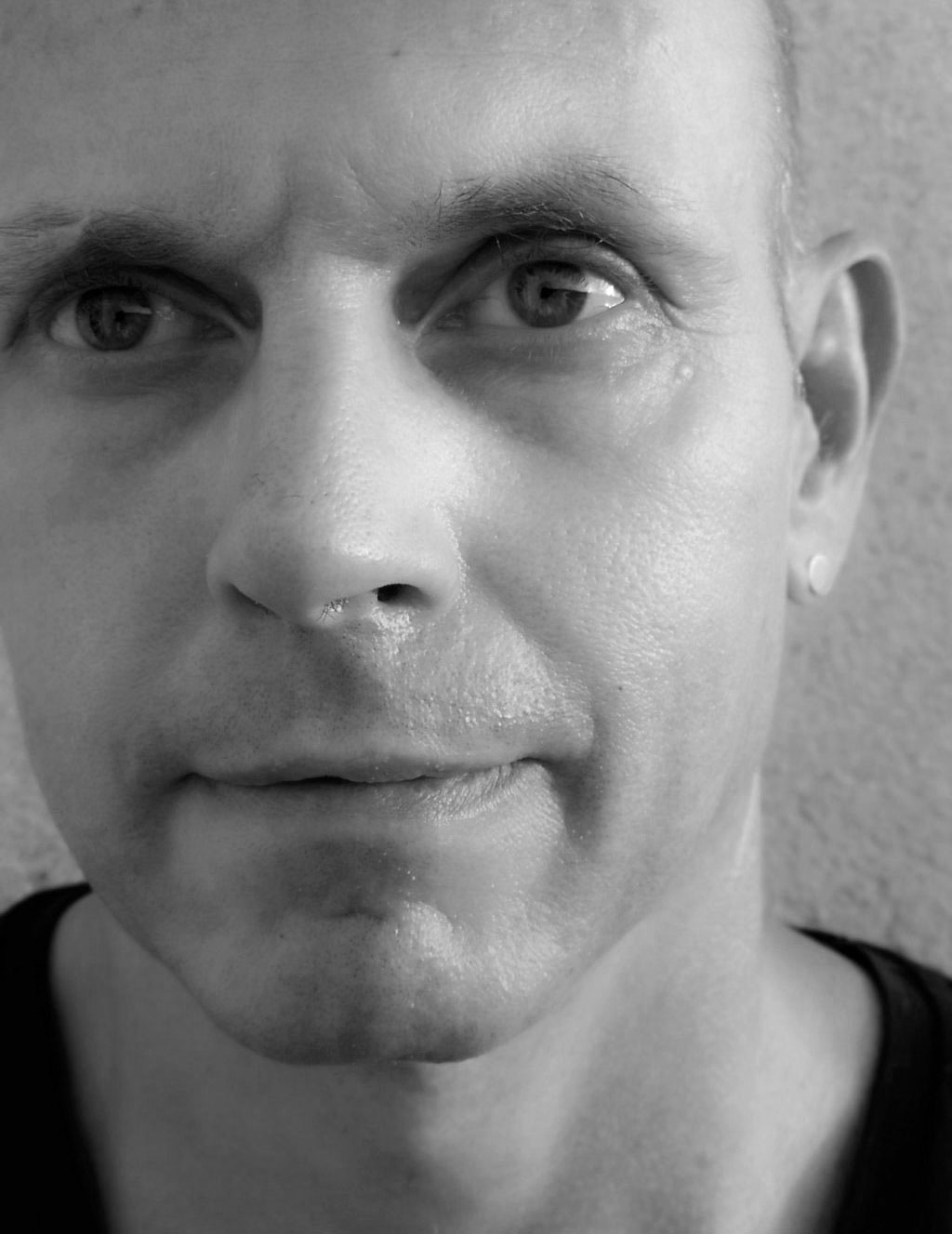 Marko Ciciliani is a composer, audiovisual artist, performer and researcher based in Austria. The focus of his work lies in the composition of performative electronic music, mostly in audiovisual and interdisciplinary contexts.

His work has been performed in more than forty-five countries across Eurasia, Oceania and the Americas. It has been released on five full-length CDs and two multimedia books.

Ciciliani is Professor for Computer Music Composition and Sound Design at the Institute of Electronic Music and Acoustics (IEM) of the University of Music and Performing Arts Graz. Since 2016 he is head of the Artistic Research project GAPPP: Gamified Audiovisual Performance and Performance Practice, funded by the Austrian Science Fund. 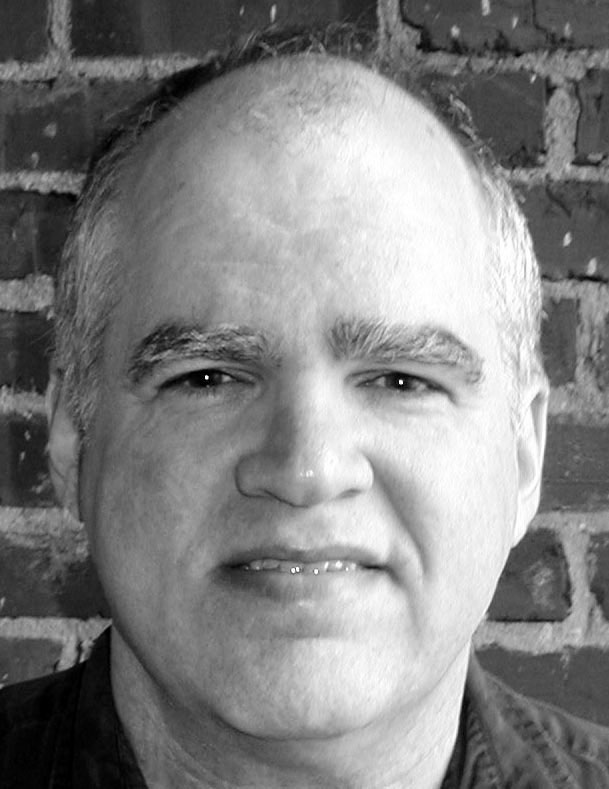 Philip Galanter is an artist, theorist, educator, and curator. As an Associate Professor at Texas A&M University he conducts graduate studios in generative art and physical computing. He is an MFA graduate of the School of Visual Arts in New York City.

As an artist Philip creates generative hardware systems, light and sound sculptures, video and sound art installations, digital fine art prints, and light-box transparencies. Philip’s published research includes the scientific exploration of complex systems, and the development of art and social theory bridging the cultures of science and the humanities. His writing has appeared in both art and science publications.