The performances program aims at heterogeneity, contrast, and surprise, all achieved thanks to the uniqueness of this year’s proposals. Intersecting a wide spectrum of aesthetic, theoretic, and technological possibilities, these works give us a perspective on what live performance can be in this coming decade.

Since the first edition of xCoAx, performances and exhibitions have been an integral part of the conference’s programme, essential in exposing the theoretical, practical and experimental approaches in the conference’s vast field of topics in a sensible and experienceable form. This year, xCoAx won’t be able to offer a physical place for this experience. Instead, the documentation materials should afford another kind of participation: not only providing information about the pieces and artists, but also, we hope, leading audiences to engage with them, although remotely. Discussions about their practical, theoretical, poetic aspects are highly encouraged. 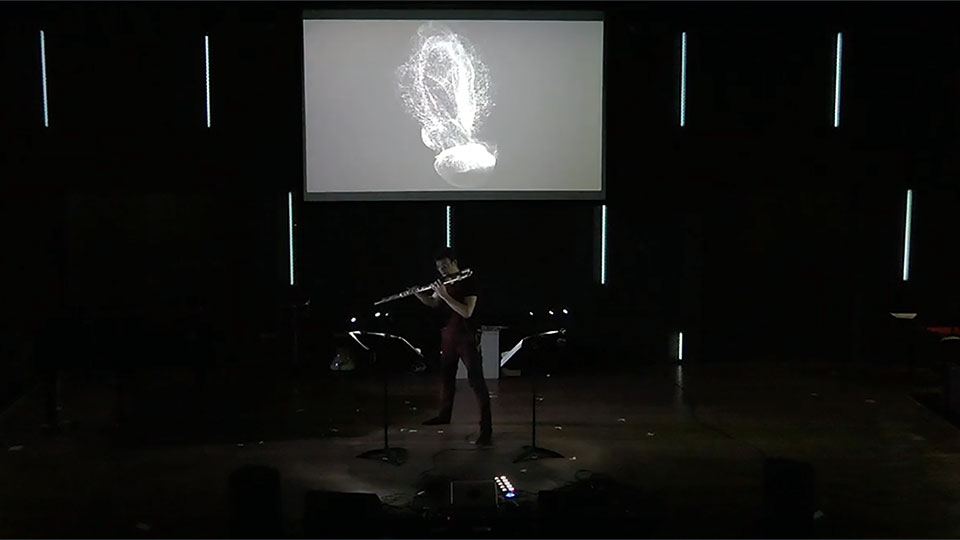 Mirror of the Whole of Nature and the Image of Art: Breaths between moons

Composition involves sculpting time as it slips in an aesthetically engaging form. But if we are to perceive time as something we can construct and customise, and if time demising can become a unique aesthetic experience, then it has to materialize first, it has to be given a shape. In Nicholas Moroz’s music this manifestation occurs with mechanical modernization and solid texture. At the same time the acoustic sensation alludes in various ways to the composers’ affinity for live electronics and ambisonics spatialization tools. 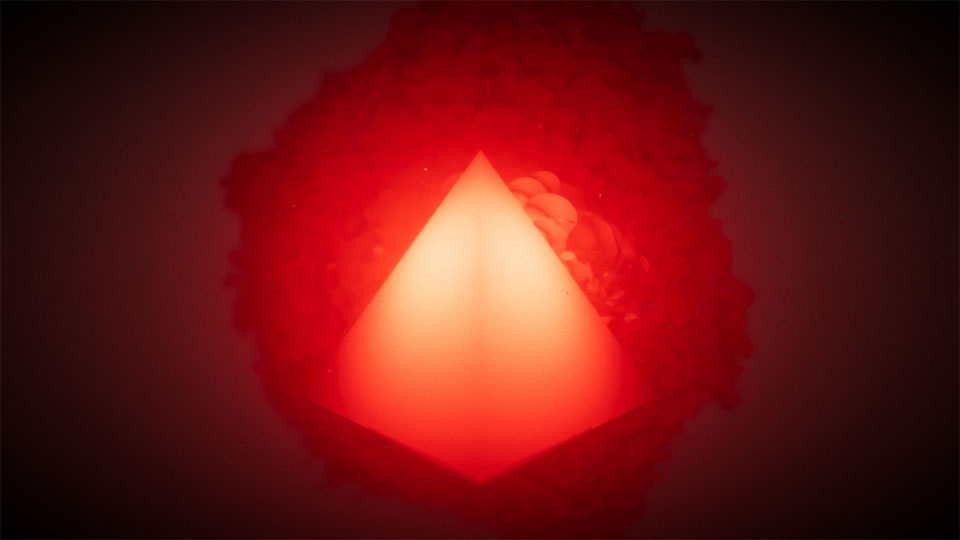 Icarus: A Game/Performance for the Augmented Drum-Kit

ICARUS is a game/performance for the augmented drum-kit. The work explores improvised musical structures within a game setting, where the player navigates between five musical chapters. Each of these levels defines a particular set of musical interactions, sonorities, and performance possibilities through distinct mappings and level design. The performer is free to improvise, fail, explore, and through trial and error understand what the game rules are and complete each chapter. This results into a dynamic audio-visual performance, where while the rules are fixed, each level can be completed in multitude of ways.

Intelligent agents – musebots – respond to live input: quiet sounds made by the voice. Musebots are autonomous musical agents that interact with other musebots, as well as human performers, to create and perform music. Musebots communicate through messages; in this work, one musebot analyses the live performance, and messages its data to the other members of the ensemble, who individually decide how to react to the information. As such, the audio musebots don’t “listen” to the live input, and instead react to the data.

Hot Summer Afternoon: Towards the Embodiment of Musical Expression in Virtual Reality

Hot Summer Afternoon is a sound performance which uses VR as performance space. The new controller-free hand tracking feature of Oculus Quest allows users to monitor their hands inside of the VR world. Some hand gestures as well as the position of spawned objects in VR are mapped with different sound parameters using machine learning. The aim of this project is to explore the embodiment of the performer’s musical expression with hands inside of the immersive virtual environment.

The Airborne Instruments nUFO is a new movement based Digital Music Instrument designed for maximal motional freedom of the performer. A handheld wireless Interactor digitizes large scale movement via a 9-axis IMU together with a set of 8 touch-sensitive pads for fine motor finger action. The corresponding software, nUFO_App, applies elaborate meta-mapping strategies called Influx (de Campo 2014) to the movement data to inform up to 4 parallel of sound processes such that even very simple movements create complex changes in the sound. This frees players from distracting technical concerns and empowers them to fo-cus on playing by listening and intuitive motion.

Stream, by Die Wolke art group, is an interactive performance project based on structured improvisation. Inertial and mechanical sensors on the body of a dancer transmit motion data wirelessly to computers for processing and use for musical control, modulation, or other algorithmic input by a musician on stage. A kind of information feedback loop is created as the dancer further reacts to the sounds, creating fertile ground for improvisation and an experimental method of discovering connections between gesture and sound.

Raw Green Rust are an improvising laptop trio that exploits the interconnectedness of its constituent members & technical ecosystems in playful and agile ways. Sharing audio and control data between performers allows for complex chains of generation and processing as an articulation and exploration of interface, gesture and distributed creativity. This c.20-minute improvisation merges their existing practice with two emerging strands of practice-led research into performative agency: decomposition of audio signals with the Fluid Corpus Manipulation (FluCoMa) toolset; and machine listening and visualization of multiplayer performance with the Unity SuperCollider Sound Object Notation (UniSSON) toolset.

We propose and describe a real-time musical performance traversing the boundaries between technological expression and the analogies, paradoxes and construction structures between, generative music, evolution and dub music performance. Dub music was born out of technological advances and sociological changes. We analyze its development, influence in modern music and propose its continued evolution using intelligent agents as a follow up of its aesthetic characteristics, and nature. Blocks of glitch, techno, field recordings and dub elements portray a soundscape of a city, culture and its acoustic elaboration.